An article on Vice Motherboard came out today about Bitcoin carnivores. Below is my uncut email interview, which goes much more in depth.

Check out “Inside the World of the ‘Bitcoin Carnivores’” (archive link) by Jordan Pearson. It’s a good read.

How did you get into Bitcoin carnivory?

I have been interested in paleo diets and ancestral/evolutionary health since early college in 2010. In 2014, I learned about ketogenic diets because of a short lecture video by Zooko Wilcox. This introduced me to his and Amber O’Hearn’s blog Ketotic, and her personal, more carnivorous-focused blog, Empirica. I read everything on these sites. This led me to forum posts by Owsley “The Bear” Stanley, of LSD and Grateful Dead fame, who ate an all-meat diet for 50 years, as well as the writings of Arctic explorer Vilhjalmur Stefansson. In late 2015, I started eating only meat and haven’t looked back.

I was introduced to Bitcoin in 2011 by a friend (who coincidentally had been introduced to it in 2009 by Ross Ulbricht, the creator of the Silk Road), and I became obsessed with Bitcoin and crypto-anarchy after hearing a talk by Cody Wilson of Defense Distributed at a Libertarian Longhorns meeting at the University of Texas in October 2012. I have since founded the Satoshi Nakamoto Institute to curate literature on the history of crypto-anarchy, as well as economic analysis of Bitcoin.

What does “carnivory” actually mean? Only meat, for every meal?

I eat only from the animal kingdom, and mostly fat. Plant foods are not only not necessary (no carbohydrates are), but they should not be assumed beneficial either. Meat is much more nutrient dense and bioavailable, while plants wage biochemical warfare against animals so they won’t be eaten. Dr. Georgia Ede has a very good article on vegetables here.

What do you see as being the connection between Bitcoin and a meat-only diet? What attracts the same people to both?

Saifedean Ammous, another Bitcoin/meat maximalist on Twitter, wrote something like “nothing more natural than removing plants and fiat from life.” Is the idea that fiat (and, by extension, the money system) and plants/vegetarianism are modern inventions that should be avoided?

Read Weston A. Price. In Nutrition and Physical Degeneration, he traveled the world and observed the horrific effects that modern diets had on people, ranging from the Swiss valley to the Arctic to Africa to New Zealand. No traditional culture ate a vegetarian diet, and the healthiest he saw were the all-meat cultures such as the Inuit and Masai. Sugar consumption has increased in the US from 2lbs per capita per annum to 150lbs. Two pounds of sugar over a year is equivalent to a can of Coca-Cola every two weeks. The consumption of vegetable oils, a modern industrial concoction, has increased tremendously, too. Both especially in the past few decades as the US government has taken a more active role in manufacturing dietary guidelines.

The 20th century was disastrous for human health and wealth, and the rise of central banking and industrial food was clearly a major reason why.

There seems to be a libertarian-carnivore-bitcoin trifecta at play. If you agree, what do you see as being the connection?

Once you put on the They Live glasses, you can’t take them off.

Clearly Bitcoin wasn’t around while our ancestors roamed the Earth, but what about Bitcoin (if anything) speaks to their lifestyle, as you understand it?

The actual history of the Yap stones is in dispute, but from reading Nick Szabo’s “Shelling Out: The Origins of Money,” the progression of money from collectible goods to Bitcoin strikes me as a continuity. I think our ancestors would be amazed by the power we can leverage from having sound money that takes on all of qualities their primitive currencies desired. Bitcoin is far scarcer than anything they could have imagined.

Yes. There is currently a massive strain on the economy because of healthcare costs, much of which could be avoided if people were not consuming the foods that make them sick. The anecdotal results of all-meat diets are so astounding that scientists will no longer be able to ignore it. Eating only meat should become standard treatment for many metabolic and autoimmune disorders, so called diseases of civilization. It’s low-cost and effective compared to the insane costs brought on by the Kafkaesque bureaucracy of the medical establishment. Bitcoin’s perfectly sound monetary policy will bring major growth to the world’s economy such that we can afford to produce even more high quality meat for everyone.

Many organizations say that downgrading our reliance on eating meat is a way to improve our climate in the future. So, some people seem to be saying that plants, not meat, is the future. Do you buy that? And is this idea at odds with what Bitcoin carnivory espouses?

Agriculture has destroyed our planet’s ecosystem and decimated our natural resources, especially in the soil, which we rely upon for all food. On the other hand, grazing livestock revitalize ecosystems. Through increased holistically managed animal agriculture, we can restore the environment by recreating the role of large megafauna that once roamed the earth in incredible quantities. Why continue destroying the environment for food that makes people sick, when we can restore the environment by producing food that makes people thrive?

I recommend reading: The Vegetarian Myth by Lierre Keith, Letter to a Vegetarian Nation by Sheldon Frith, and Holistic Management by Allan Savory.

Bitcoin mining will also incentivize an energy arms race, which will result in magnificent innovation in energy production, through nuclear power and other clean energies. Bitcoin miners do not want a single joule to go to waste.

If you care about the environment, you should be a Bitcoin carnivore. (See my Twitter thread here.)

For more resources on carnivory, visit my site Just Meat.

An article in the Guardian came out today about carnivores, including Bitcoin carnivores. This is my uncut email interview, which goes much more in depth. 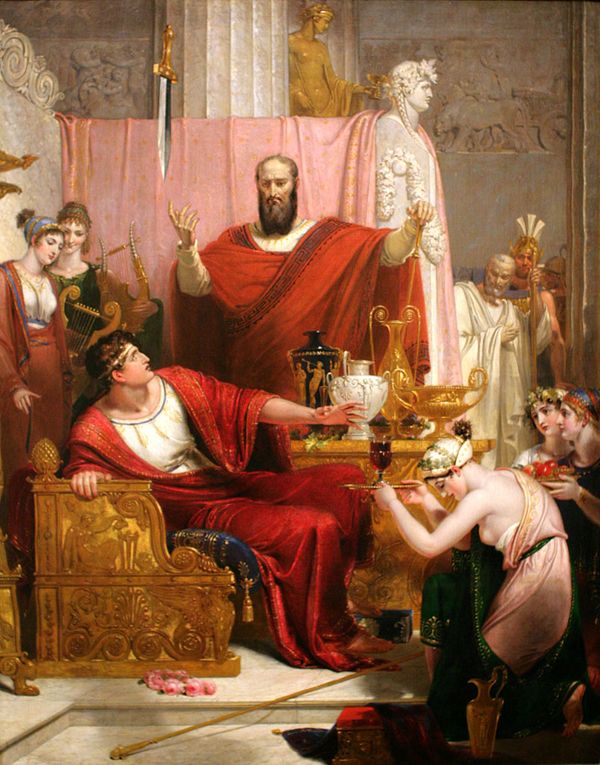 Not even a literal sword of Damocles could stop the sinful practice of fractional reserve banking and its necessary economic consequences.